We've included many effects generators in our software, so you can create infinite amounts of pixel LED effects and animations!

Combiner & Sequencer! With integrated tools, you can edit your generated effects to combine them or create a sequence!

Choose one of 2000 emojis in the library included in the program, or use your own image brand logo and animate them!

You can export your animations as video effects files in different formats like:

SWF, AVI MOV or GIF to make it compatible with almost any LED SOFTWARE

This editor can be used by anyone who is familiar with the basics of pixels and animation, which allows you to create unlimited number of effects for the LedEdit software.

You can generate unlimited effects and expand your Led Edit Effects library. 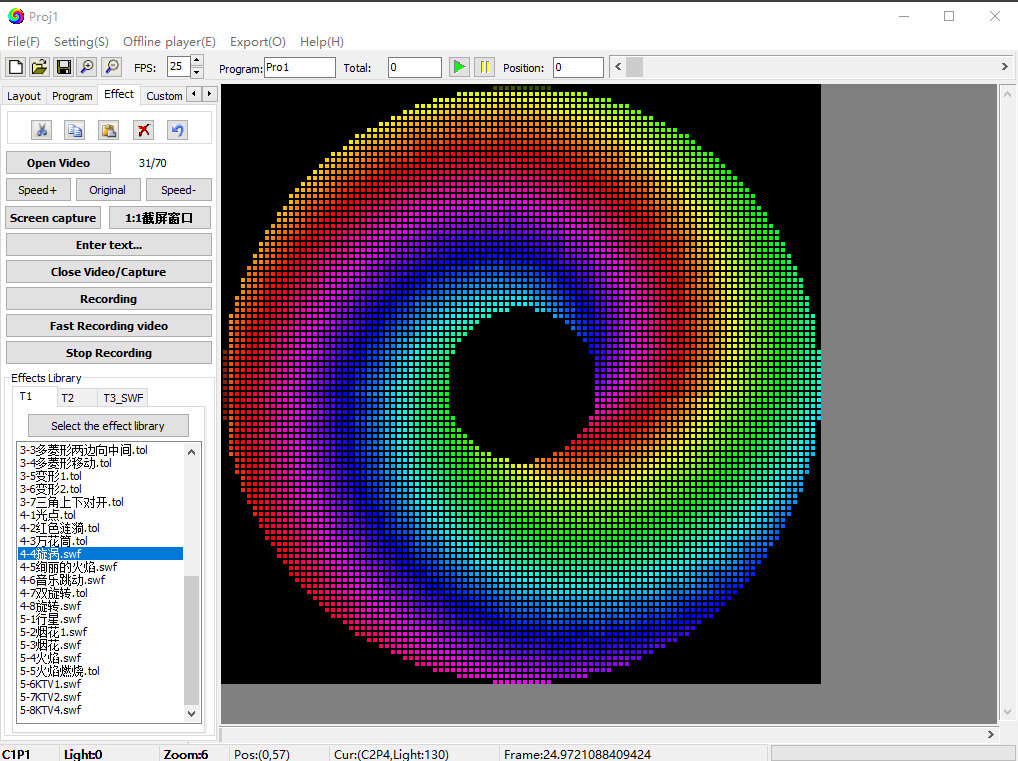 Use with JINX!, MADRIX and other software

You can use our pixel led animator with every software that accept video file input like MOV GIF SWF and AVI!

Create an infinite number of effects!

Choose from over 2500 emojis, standard effects, algorithms, transitions, effects specifically for led stripes and much more!